First of all I would like to say Thanks to Dylan at Red Dog Press for giving me this wonderful opportunity to review Killer Queen by T.S. Hunter. 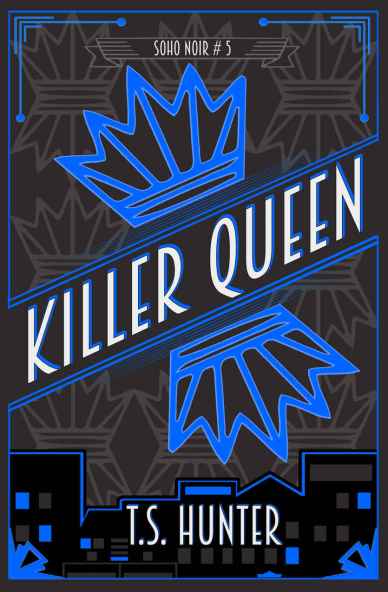 THE SHOW MUST GO ON

It’s 1988. A mild summer after a turbulent political year for LGBT rights. While working as an assistant to a successful Theatre Director, Joe Stone finds himself unwittingly embroiled in another murder investigation.
Lexi Goode, a young, up and coming actress has her bright future cut short when she is found murdered in her exclusive top floor apartment in the posh end of Soho. Knowing that the police are as racist as they are homophobic, Joe and Russell inevitably take it on themselves to investigate what happened to the young woman.

Along the way they discover illicit liaisons, a string of admirers, a secret life that was helping to pay for the glamorous lifestyle no young actress should have been able to afford. But who would want to kill Lexi?

Finding the answer to that question puts Joe in mortal danger and a young police officer in an awkward position.

KILLER QUEEN IS THE FIFTH IN THE SOHO NOIR SERIES.

Seriously this series just keeps getting better and better. This was yet another wonderful cosy read from the ever elusive T.S.Hunter. Despite being book 5 in the soho noir series, it can be read as a stand alone, although I do recommend reading the other four books, simply because they are just as fantastic as Killer Queen. As with the other books, this was a gripping and captivating read, that I would have no problem reading over again.

Claiming to be only half-Welsh, T.S. Hunter lived in South Wales for much of his latter teens, moving to London as soon as confidence and finances allowed. He never looked back.

He has variously been a teacher, a cocktail waiter, a podium dancer and a removal man, but his passion for writing has been the only constant.

He’s a confident and engaging speaker and guest, who is as passionate about writing and storytelling as he is about promoting mainstream LGBT fiction.

He now lives with his husband in the country, and is active on social media as @TSHunter5.

One thought on “Book Review: Killer Queen by T.S.Hunter”

View all posts by Jolene